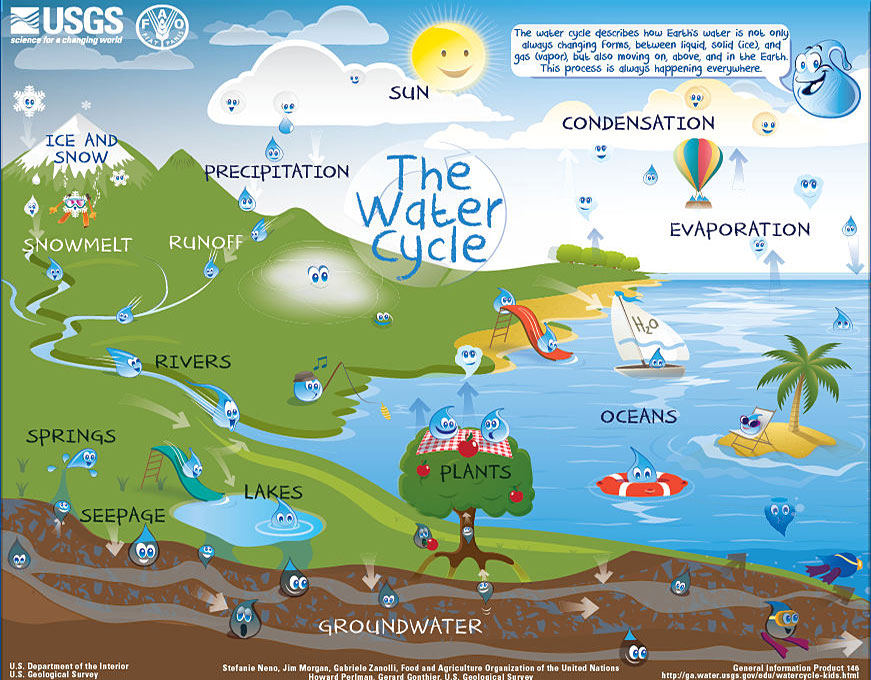 Water is one of our most precious resources, but often it is misunderstood and taken for granted. People pollute our streams and waters forgetting that eventually they too will need that water. Industrial runoff and other hazards are impacting our water not only in the exact location they are in but all water everywhere. It is vitally important that people understand that the glass of water you are drinking right now could very well of been part of an industrially compromised river just a few months ago and that before that, it could have been part of a giant ice floe. All water goes through the cycle, and it is important to remember that. Most of us learned the water cycle and each of the stages when we were in school but have forgotten it over time. So, here is a refresher course on the water cycle.